The project was started in August 2015, funded by HET BOSJE from the Netherlands while URDT acting as the implementing Organisation to upscale the 2- generation approach to education that was tested at URDT girls’ school and proved it working, whereby pupils learn alongside the UNEB curriculum to become change agents in their homes and communities. As a result, there is sustainable income and health as both pupil and parents learn that each individual is key to his/her own development.

The vision for the project is:

A 5-acre school commercial farm with a variety of nutritious and cash crops managed on the principles of sustainable agriculture, spearheaded by the P5 pupils, supported by the P.4 and P6 pupils, coordinated by the agriculture teacher and empowered by the URDT Epicenter Manager(EM) and her local government counterparts. The school farm is used as a demonstration and training ground for parents and other community members. The farm generates enough income to sustain itself and feed the need of the pupils in the school 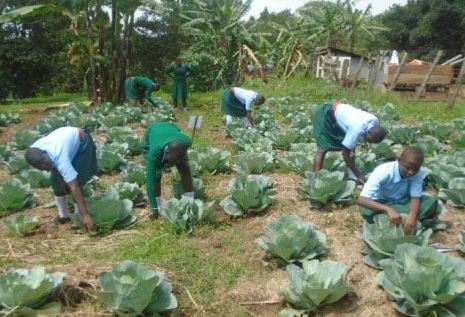